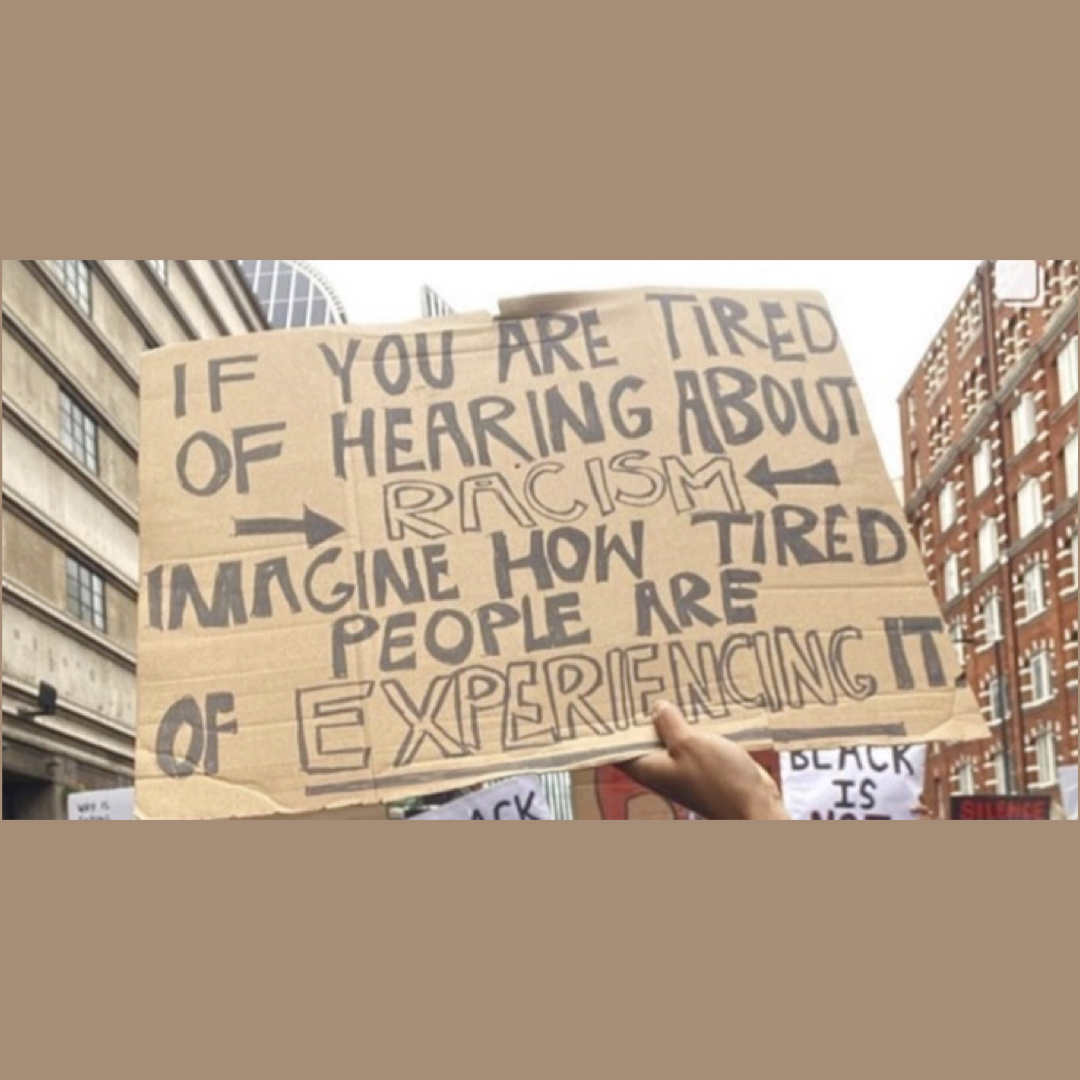 Don’t wake up tomorrow on the wrong side of this issue.

It’s not too late to SAY:

Maybe I need to look at this from a different perspective.

Maybe I don’t know what it’s like to be Black (especially in America).

Maybe, just maybe, I have been taught wrong.

There is still so much work to be done. It’s been a really dark, raw week. This could still end badly. But all we can do is keep doing the work.

WE ARE NOT TRYING TO START A RACE WAR; WE ARE PROTESTING TO END IT, PEACEFULLY.

Bad press should not dilute the worldwide ongoing good work

We have had to hit rock bottom again before anyone will take any notice of our cry. It seems people have to die before anyone bats an eyelid and then when things start to look as though change might happen the rioting and looting that comes as a result of heat, anger, enough is enough, rage – the media jumps on those stories and prioritises them over the real issue of racism and #Blacklivesmatter.

YOU CANNOT SAY ‘ALL LIVES MATTER’ WHEN BLACK PEOPLE ARE DYING AND ALL YOU COMPLAIN ABOUT IS THE LOOTING.

People have a legitimate right to protest.  Let’s not focus on those who want to highlight the negative parts of the protests.  Not everyone that goes to a football match goes to watch the football.

Let’s take a leaf out of the civil rights movement. Protesting was just the beginning.  That served to unify the people and bring attention to the issue.

Now we have to look at economic action, legislative reform and policing and people changing.

Don’t spray the street if only one house is burning

What I have come to realise is how little my white friends, colleagues and sisters knew about this deep-rooted systemic problem.  They perhaps had heard of the words: slavery, oppression and white supremacy but they did not fully understand how deep these issues still were.

Over the past couple of weeks, I have heard stories of friends unfriending friends of over twenty years because one discovers that the other is racist or has chosen not to comment, which is even worse through fear of rocking the boat or saying what they really mean.

If we don’t speak about these issues, we cannot affect change.  White supremacy is real. Privilege is real. Racism is real.

YOU CANNOT SAY ‘ALL LIVES MATTER’ WHEN YOU DO NOTHING TO STOP SYSTEMIC RACISM & POLICE BRUTALITY.

The other issue that keeps raising its head is the question of which lives matter. I’ve heard people say that people of colour are themselves racist because they only use the phrase Black Lives Matter.  The point is white lives are not being lost because they are white.  Black people are being killed because they are black.  If your house is not burning why would you spray it and that of the street whilst letting the house on fire burn.

How many of us now are changing our practices, our choices, our suppliers to ensure that we identify with the problem?  It is not enough to talk about change without action.

In my business I want to work with people who see the problem, have owned up to the fact that something is wrong in the world and want to work to fix it.

It is hoped that my target audience choose me as their mentor in property because they want to take direct action and are ready to buy, build, learn on the job and make a difference in the world not just talk about it.

So, what exactly has protesting accomplished?

Many will have seen this list. Let this serve as a positive reminder.

ALL LIVES CANNOT MATTER UNTIL YOU INCLUDE BLACK LIVES.