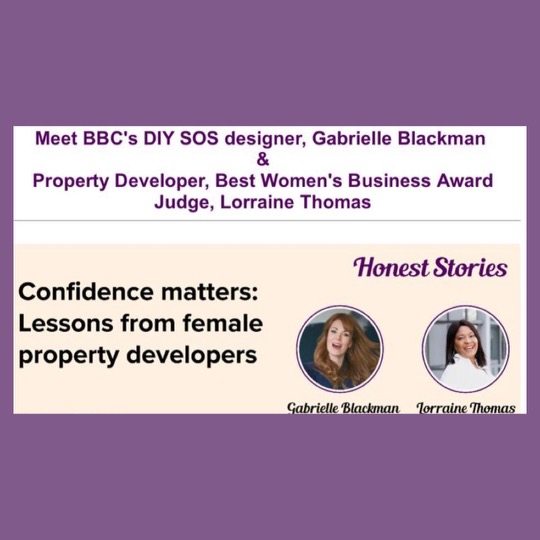 The Harvard Business Review defines it as ‘A collection of feelings of inadequacy that persist despite evident success.’

Last week I had the pleasure of sharing the stage with the wonderful Gabrielle Blackman BBC Presenter.  We talked about being in property whilst suffering from Impostor Syndrome.

It was interesting how many people messaged me following the presentation to affirm they suffered from it too but it seemed to be unspoken about in a serious way. Thankfully there is much more of an acceptance to speak about it now freely and openly as we are doing with mental health.

Who would have thought that the late great Maya Angelou, American poet, singer, memoirist, and civil rights activist suffered from it too despite her many acknowledgements in life.

Closer to home, the leader of the SNP, Nicola Sturgeon recently confessed to experiencing impostor syndrome, saying: “Even though I have been in politics for a long time, I have been First Minister for six years, there will be days when I think ‘should I even be here? Is somebody about to find me out?’

You would think that Gabrielle being a BBC presenter would come ready made with confidence but that is not the case like so many of us.

When will the developer be here?  Is often a throw away comment heard on site. This alone can often stir emotions. To someone with impostor syndrome it means much more.

My Imposter Syndrome started at one of my first jobs where I was thrown into a very important role leading HR for the company when my boss left. Six months earlier I was recruited as a wages clerk.

I always believed that there was no one else to do the role and that’s why they chose me.  It never once occurred to me that I might have been good enough otherwise they would have recruited again externally.

From that day forwards I believe it stuck and never left me. Can anyone else relate to this?

A recent survey showed it affects a staggering 62% of people at work in the UK.

Impostor syndrome can be indicative of a problem with the work environment, where you find places which are not psychologically safe, with no space to fail. My sense is that that is a breeding ground for impostor syndrome.

What mechanisms do you use to cope with it?  Will it ever go away?

It has been reported that men are more plagued with it than women.  Could this be true? Do men suffer from impostor syndrome in the same way as women?  I would love to hear from a few men on this point just to balance the argument out.