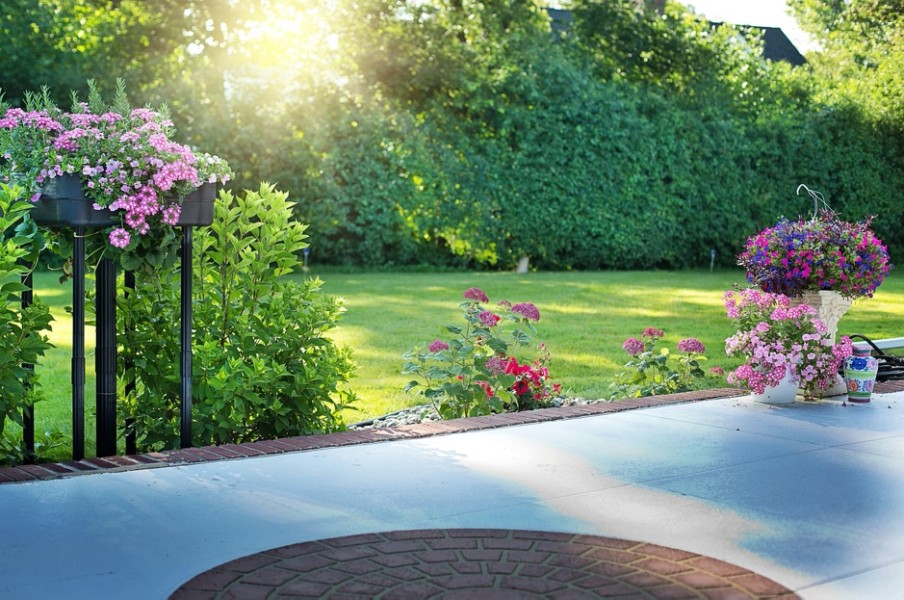 Before the pandemic, estate agents would often ask whether a house passed the “pint of milk” test. These days, it’s the “blade of grass” test you should be worried about flunking, as a short walk to the local shop has been usurped on buyers’ wish lists by proximity to green space.

Being in my garden reminds me of being away. It’s a bit of escapism. I often have fond memories of far reaching places that I have travelled to in the past. This weather has certainly encouraged me to sit in my garden more.

The facts and figures

32% of buyers say the pandemic has made having a garden more important (Source: YouGov)

7% is the national price premium for family homes with south-facing gardens (Source: Rightmove)

50 the average number of days a home with a garden was on sale for if it sold in July (Source: Hamptons International)

26% of buyers are seeking more green space as a result of the pandemic (Source: YouGov)

There has been so much uncertainty about working in the office verses working from home; another COVID19 outbreak; different ways of working.  A garden/outdoor space is now extremely high on the agenda when choosing somewhere to live.

Whether it’s a balcony, courtyard or large garden, outside space is absolutely top of the list of priorities and normally one of the first things buyers ask about. Buyers are willing to sacrifice internal space for something where they can enjoy a pre-work coffee or a weekend BBQ outside. And in some rare cases buyers have gone for a one-bed home rather than a two-bed, simply because of outside space.

“This basically means that lots of the homes with gardens have sold quite quickly, whereas a lot of the homes without gardens came on to the market before lockdown and have therefore been on the market for some time,” says Alison Blease, head of research at Hamptons International.

Anecdotally, agents report that alfresco dining features are popular, such as pizza ovens, barbecue areas and undercover, heated patios. Vegetable patches have become fertile ground for buyers and sellers to bond over on viewings. Trouble travelling abroad and going to the gym has also sent swimming pools and tennis courts to the top of buyers’ demands in the countryside, and a home office in the garden is the dynamite combo du jour.

In the city, where space is scarcer, any outside space has become more desirable. One in seven (14 per cent) of buyers say having a balcony or terrace is more important to them than it was before lockdown, and, according to those polled by YouGov, this increases to one in four (24 per cent) 18 to 24-year-olds, who are more likely to live in flats in urban areas than those in other age groups.

Even being near green space — such as parks or areas of outstanding natural beauty (AONB) — is prized highly nowadays and can significantly increase the price of your property. One in four British buyers (26 per cent) say that living near parks or nature is more important to them now. Access to greenery has meant the most to young, city-dwelling families in particular; 25 to 34-year-olds in London with children aged four and under were the top category for those who said they valued these spaces more after lockdown.

You know it’s the way to go and a real trend when John Lewis get involved in the conversation.

Its chairwoman announced last week that the John Lewis Partnership is venturing into gardening!